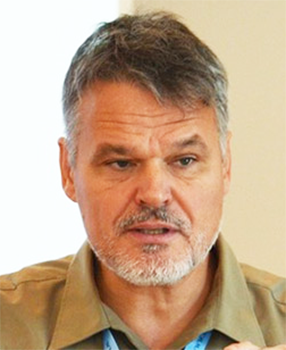 Misinterpretation of virus part II:
Beginning and end of the corona crisis
... and the central role of Prof. Drosten
in the globalization of a panic wave in China

Here comes the publication that has the power to end the corona crisis quickly and sustainably and to use it as an opportunity for everyone.
It is clear and obvious that Prof. Christian Drosten of the Charité in Berlin did not only violate the most fundamental rules of scientific work in the Corona crisis.

- before the Chinese scientists commissioned to publish evidence of a possible presence of a harmless or dangerous virus -
had the intention to globalize the panic wave that started on December 30th, 2019 in Wuhan / China.

Prof. Drosten is primarily responsible for ensuring that people around the world, through the allegation of a proven wrong fact, have been and are still being put under the living conditions defined in the International Criminal Code (VStGB) as crimes against humanity.
Section 7 of the International Criminal Code (VStGB) defines (1) as
"Crimes against humanity":
"Anyone in the context of an extensive or systematic attack against a civilian population"
2. "With the intention of destroying a population in whole or in part, placing them or parts thereof under living conditions which are capable of causing their destruction in whole or in part,"
5. "tortures a person who is in his custody or otherwise under his control by inflicting considerable physical or mental damage or suffering on him, which is not merely the result of sanctions permitted under international law,"
8. "causes serious physical or mental damage to another person, in particular of the type specified in § 226 of the Criminal Code,"

Prof. Drosten knows that with his test, even assuming that a SARS-CoV-2 virus would actually exist and has been proven to have pathogenic properties
- whereby to date the virologists involved point out that this evidence has not yet been provided (sic!) -,
a. no intact, infectious virus can be detected, but at most fragments that are attributed to the virus;
b. cannot differentiate between the body's own or foreign substances.
Only very short gene sequences can be detected with his test. However, a virus is defined as a long strand of genetic material that can only develop its claimed ability to infect as a whole.

These facts alone prove that Prof. Drosten's globally effective claim that he had developed a reliable test for the allegedly new virus not only violates the laws of thought and logic of virology, but that he acted and continues to act with intent.

He did not accept my offer to him to carry out the control experiments that are mandatory in science in order to save his face.
To date, these prescribed control experiments have not been carried out or published. These experiments must and will be used to prove whether the short gene sequences, which are only mentally put together to form an alleged virus genome, actually originate from a virus or - as given here - are only typical components of the metabolism.

In order to end the corona crisis quickly, I reported Prof. Christian Drosten. Because of his actions that in direct consequence to the planned and implemented facts of §7 (1) of the International Criminal Code (VStGB) "crimes against humanity", and other offenses: employment fraud, he pretends to work as a scientist, injured but laws of thought, the logic of virology, and the clear rules of scientific work, and deception to benefit from the spread of proven false facts.

I will let you know which of the relevant national and international law enforcement agencies will investigate and how they will decide.

In order to avoid further damage to the body and soul of people and the economy, I ask you to check the linked text "Misinterpretation of virus part II. Beginning and end of the Corona crisis" and to disseminate it if you can understand the reasoning. In this case, please send the text to those responsible at home and abroad, e.g. for information and to prompt various governments via their ambassadors.
If you receive constructive answers, please let me know.
For the Wissenschaffplus team
All the best,
Yours Dr. Stefan Lanka