A casuse of failure

"Hail Mary, full of grace. Our Lord is with thee. Blessed art thou among women, and blessed is the fruit of thy womb, Jesus. Holy Mary, Mother of God, pray for us sinners, now and at the hour of our death. Amen." 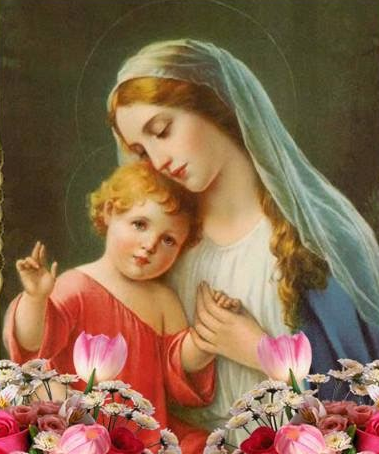 We have heard many people tell how hard they found it to do right; their Christian life was most unsatisfactory to them, being marked only by failure, and they were tempted to give up in discouragement. No wonder they get discouraged; continual failure is enough to discourage anybody. The bravest soldier in the world would become faint-hearted if he had been defeated in every battle.

Sometimes these persons will mournfully tell that they have about lost confidence in themselves. But if they would only lose confidence in themselves entirely, and would put their whole trust in the One who is mighty to save, they would have a different story to tell. They would then "joy in God through our Lord Jesus Christ." Says the apostle, "Rejoice in the Lord always; and again I say, Rejoice." Phil. 4:4. The man who doesn't rejoice in God, even though tempted and afflicted, is not fighting the good fight of faith. He is fighting the poor fight of self-confidence and defeat.

All the promises of final happiness are to the overcomer. "To him that overcometh," says Jesus, "will I give to sit with Me in My throne, even as I also overcame, and am sat down with My Father in His throne." Rev. 3:21. "He that overcometh shall inherit all things," says the Lord. Rev. 21:7. An overcomer is one who gains victories. The inheriting is not the overcoming; that is only the reward for overcoming. The overcoming is now; the victories to be gained are victories over the lusts of the flesh, the lust of the eyes, and the pride of life—victories over self and selfish indulgences. The man who fights and sees the foe give way, may rejoice; nobody can keep him from rejoicing, for joy comes spontaneously as the result of seeing the enemy give way.

Some folks look with dread upon the thought of having to wage a continual warfare with self and worldly lusts. That is because they do not as yet know anything about the joy of victory; they have experienced only defeat. But it isn't so doleful a thing to battle constantly, when there is continual victory. The old veteran of a hundred battles, who has been victorious in every] fight, longs to be at the scene of conflict. Alexander's soldiers, who under his command never knew defeat, were always impatient to be led into the fray. Each victory increased their strength, which was born only of courage, and correspondingly diminished that of the vanquished foe. Now how may we gain continual victories in our spiritual warfare? Listen to the beloved disciple:

Read again the words of the apostle Paul:

"I am crucified with Christ; nevertheless I live; yet not I, but Christ liveth in me; and the life which I now live in the flesh I live by the faith of the Son of God, who loved me, and gave Himself for me." Gal. 2:20.

Here is the secret of strength. It is Christ, the Son of God, the One to whom all power in heaven and earth is given, who does the work. If He lives in the heart to do the work, is it boasting to say that continual victories may be gained? Yes, it is boasting; but it is boasting in the Lord, and that is allowable. Says the Psalmist,

"My soul shall make her boast in the Lord;" and Paul says, "God forbid that I should glory save in the cross of our Lord Jesus Christ, by whom the world is crucified unto me, and I unto the world." Gal. 6:14.

The soldiers of Alexander were reckoned invincible. Why? Was it because they were naturally stronger and more courageous than all their enemies? No; but because they were led by Alexander. Their strength was in his leadership. Under another leader they would often have been defeated. When the Union army was fleeing, panic-stricken, before the enemy at Winchester, the presence of Sheridan turned their defeat into victory. Without him the men were a quaking mob; with him at their head they were an invincible army. If you had listened to the remarks, after the battle, of the soldiers who served under those and similar leaders, you would have heard the praises of their general mingled with all their rejoicing. They were strong because he was; they were inspired by the same spirit that he had.